Let’s get this party started!!…

[Continued from last week’s post… https://stlfitnessbootcamp.com/skedge-10-8-18-tahoe-day-1/ ]
DAY 2…
I “sleep in” till 6am.
It’s a quasi-vacation for me after all.
But in a house full of go-getter, A-Player entrepreneurs, it seems like I’m the slacker… last one to rise.
I have to earn back some respect. We’ve got a 7am morning workout scheduled. And I’m in charge.
I got so many requests the night before, I couldn’t say no. Not that I wanted to. It’s a great opportunity to really do some bonding with my new peeps.
But I remember the friendly taunts too from the Crossfitters and former college athletes.
“I’m pretty tough… so you’d better make it hard for me.”
That’s a request I’m happy to oblige.
7am hits. I lead the troops outside into the crisp 35 degree mountain air with the sun peeking out over the mountains. I do a quick demo of the moves. I explain the timing. The gang doesn’t look too worried.

20 minutes later there’s nothing but grunting, sweating, and gasping for air.
Even the Crossfitters are hunched over grabbing their knees.
“Must be the altitude,” they lament.
Sure… if by ‘altitude’ you mean ‘CJ just kicked my @ss”… then yes, it’s the altitude.
A few of make use of the outdoor hot tub that peers out over the incredible sunrise.
We suffered together. We soaked together. Time to learn together.
Class takes place in the stadium seating home theatre.
I take notes furiously for hours and when my hand cramps I take screen shots with my phone to try and process later. 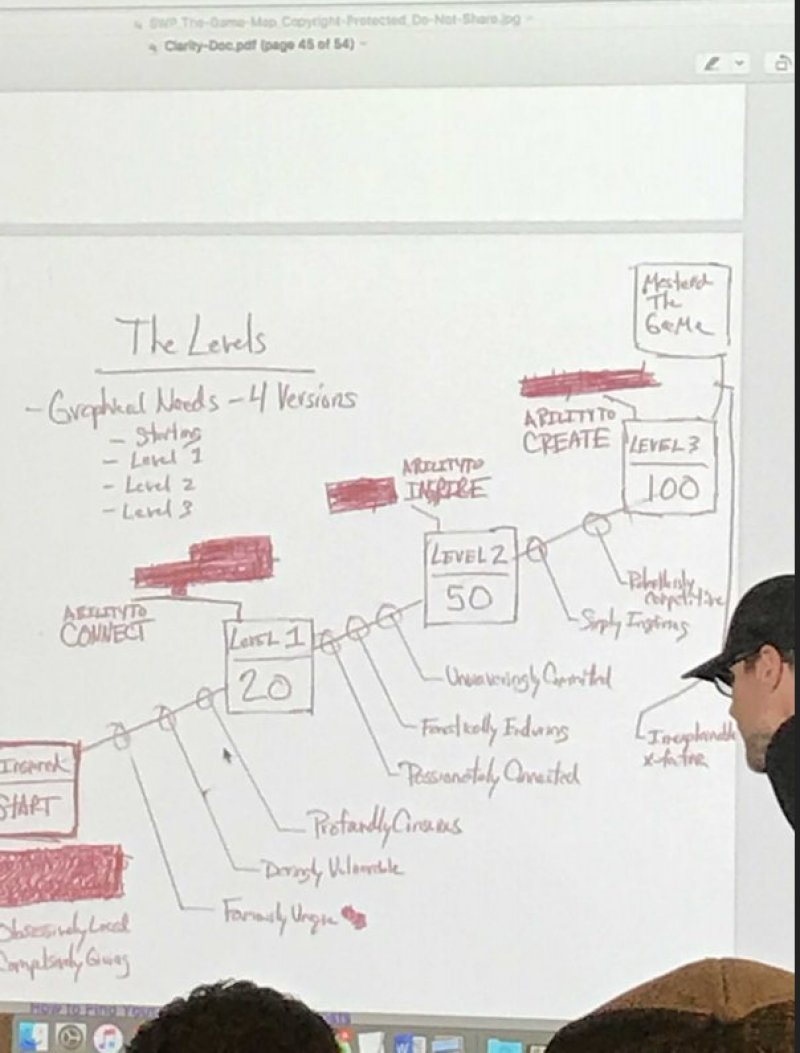 My new friend Brandon comes out of the first session totally demoralized and ready to quit.
Ironically, he was the most excited on night 1.
But he’s the most depressed midway through Day 2 as the concepts seem to be flying over his head.
He’s becoming overwhelmed… can’t see the big picture… ready to throw in the towel.
He came for clarity and he’s feeling more confused than ever.
After the second session, however, light bulbs have gone off. Brandon’s rejuvenated and back to his excitable self. He’s only 20 years old. And while it’s evident a lot of the older business vets in the class are experiencing similar highs and lows… the youngster wears his emotions on his sleeve.
He’s light years ahead of his time. But feels like he’s so far behind.
It’s hard to teach ‘tortoise-strategies’ to a 20-year old hare.
Hard for him to see the long game.
But if he’s able to avoid the dreaded FODQ, he’ll eventually dominate his business goals.
‘FODQ’, btw, refers to Frustration, Overwhelm, Depression, and Quitting.
They arrive in that order for any big-time goal that you’re trying to pursue (business, fitness, dancing, sports, cooking, crocheting, or otherwise).
In my estimation, Frustration and Overwhelm are unavoidable… part of the process. They’re part of the cost of entry.
The trick is to regroup before getting to those last two momentum killers- Depression and Quitting…
Because that’s where goals go to die.
After a day jam-packed with learning and more attempted selfies than any grown man could be proud of, it’s time to let loose and enjoy the evening.

I piece together a salad with burger fixings and a whole avocado I found that seems oddly out of place amidst heaping piles of carb-based confections and overflowing plates of leftover pizza.
I vow to stay true to my nutritional game plan knowing that tomorrow will be a “going out” night and I’ll be able to have a guilt-free cheat meal without throwing the entire week to the way side.
The mansion is alive with music blasting. Many flock to the game room complete with pool table, ping pong table, shuffle board, and foosball. Others sit tight to the fully stocked bar. Out back, some are enjoying the crisp mountain air beside a gas-powered fire that emanates heat. 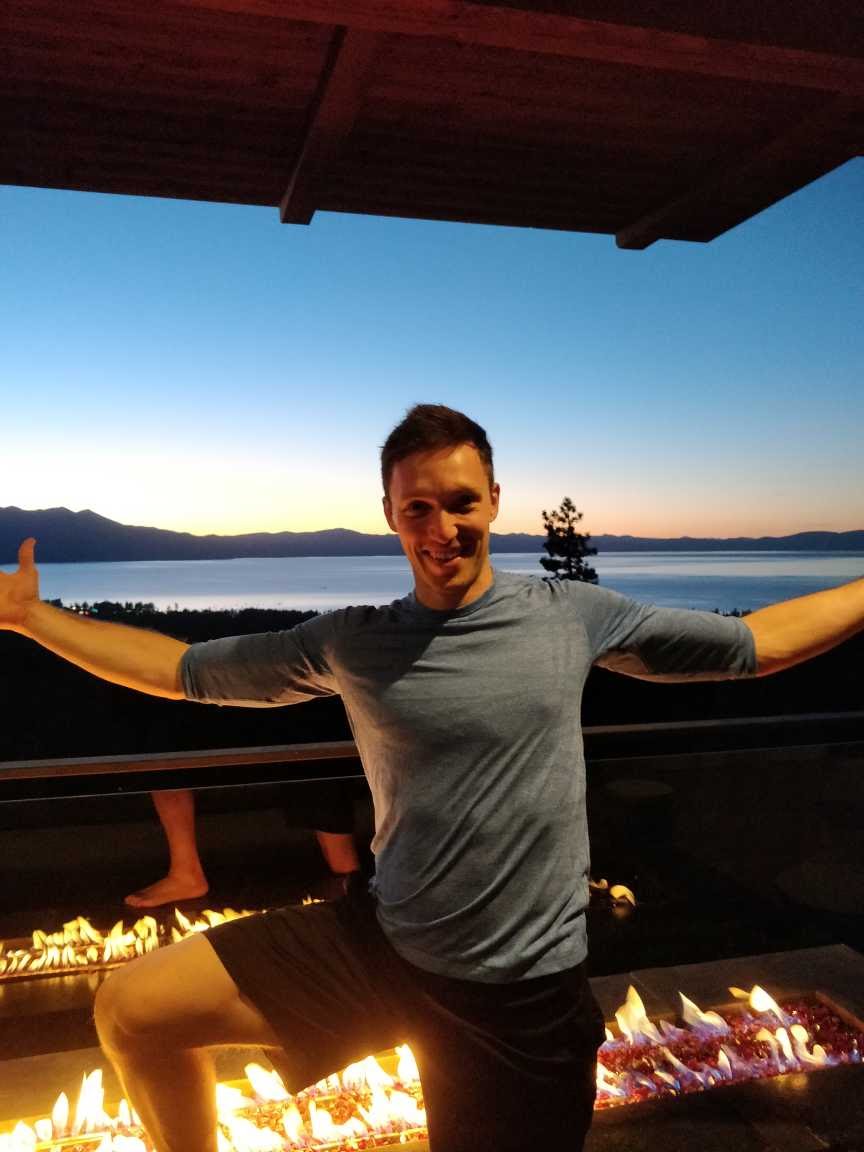 I make my rounds participating in conversations ranging in topic from business to Bitcoin to bears.
Rumor has it that there’s a bear in the area who on two occasions has actually made his way inside of the mansion.
Some say he’s raiding the pantry. Others postulate that he’s trying to catch up on episodes of Game of Thrones.

I’m just hoping somebody remembers to lock up the doors when things wind down.
——
It’s a pretty mind-blowing experience getting to speak to so many inspiring and aspiring business moguls.
Some have big name clients.
Some are transacting 150 houses per year.
One girl is an ex-trainer who ran a super-successful practice before she became Ryan Fletcher’s assistant by answering a random Craigs-list ad that found her at just the right moment.
I’m fascinated because, my back story is almost exactly the inverse… coming from a background in real estate and finding Johnny King’s Craigs-list ad for a personal trainer at just the right moment. Crazy how things work out!
I meet with Jason G. who is the only other one I’ve witnessed who hasn’t touched any of the “no-no” foods. Upon investigation, I find that Jason was once more than 100 pounds overweight and has transformed himself in to a lean mean, real estate machine with a wife who’s had an equally amazing total body transformation.

I meet Amanda who already has 10 books authored under her name.
Chris Brisson started a messaging company from scratch that despite its flourishing success had squashed his soul. He’s rebuilding from scratch and constructing a business that is not only profitable, but one that excites him… one that he believes in.
I meet Ryan France, an ex-minor league pitcher who found himself in real estate after career ending Tommy-John surgery. He’s successful, super-humble, and respected in his community. But also seems to be conflicted about his current path and seems to fight against a persistent inner beckoning to find his way back to baseball in some capacity.
The stories are varied and far reaching.
But the common thread seems to be that every person here is more interested in fulfilling their purpose, chasing their passion, and leaving a legacy than they are in just making more money.
The two go hand in hand, of course.
It’s no fun to be a starving artist. Especially if it means your kids will starve with you. (And almost everyone here has family to worry about.)
The business has to scratch that itch that sits atop your soul AND make it possible for you to thrive and make a difference in the lives of loved ones and in the community around you.
The energy is electric.
Spirits are high. 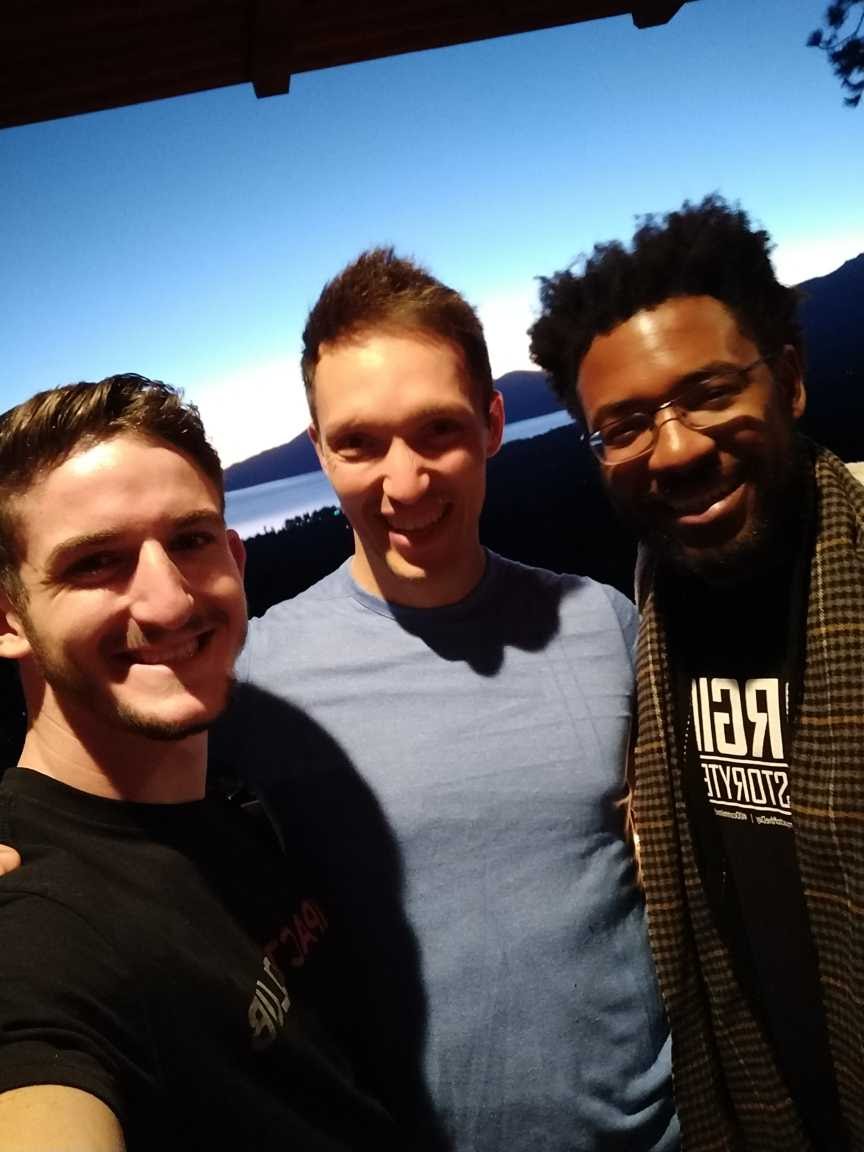 But who can say how these stories will end?
Only one day left in Tahoe.
[Back at you with Installment #3 of this post next week…] 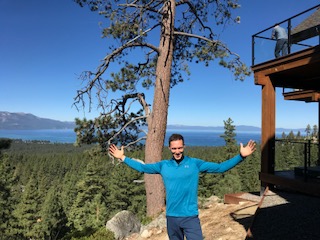 CJ’s Book of the Week: 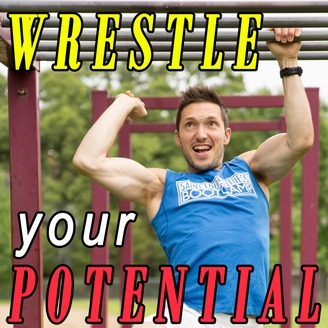 Let’s be friends on Facebook…  I’m posting every day!

Hit me up here:  https://www.facebook.com/trainerceej